Fleas have mouthparts adapted for piercing skin and sucking blood and will feed on the blood of any warm-blooded body, thus posing serious potential health risks to the well-being of your family and pets. Fleas may also cause an allergic reaction in humans and transmit tapeworms and other diseases to your pets. Thanks to our mild Florida winters, there is not enough cold weather to reduce the populations of fleas and ticks.

Fleas will typically attach to the fur of your pets and can quickly infest your home. Fleas can also enter homes through other pests such as rodents, or by clinging to the clothing or shoes of a person after he or she has been outside. Even homes without pets often become infested with fleas and about 50% of our treatments are performed on homes and yards that have no pets.

Envirosafe Pest Control of Orlando will eliminate your flea problem fast, safely, and effectively. We offer treatments for interior, exterior or a combination of both to return comfort and peace of mind to your home.

The same balmy Orlando winter and historically parched spring that have led to more than several fires across the state have also been a boon for the tiny bloodsuckers, making fleas a nuisance that results in miserable pets and their owners.

“We started seeing flea problems in January and February this year — when it usually doesn’t start until March — and it hasn’t let up,” says Dr. Christine McCully, a veterinarian at Orlando’s Downtown Pet Hospital. “With these conditions, if you don’t treat your yard by a professional pest exterminator, all it takes is a flea-infested stray cat or possum to wander through — and  you have fleas.”

“We are the flea capital already,” says Dr. Rick Marrinson, owner of Longwood Veterinary Clinic. “Fleas like warmer temperatures and higher humidity in order to thrive, although they don’t like it too wet, either. There’s a sweet spot which is Orlando.”

So is this a record year for fleas?

“Well, no one really keeps records on these things,” says Phil Koehler, a professor of entomology at the University of Florida. “But all the weather conditions have been right.”

Although much has been made of the enduring nature of the common cockroach, fleas are diabolically hardy. But they need blood to survive.

The adult flea, if it doesn’t get a blood meal, will die after a few days, Koehler says, but the pupae can live for months.

Flea eggs become flea larvae, which become flea pupae — which hang out, just waiting for an unsuspecting host. Cocoons have a sticky outer coating that allows them to hide deep in the carpeting, where they’re likely to escape a vacuum cleaner and even some chemicals. When they sense a potential host — by vibration, body heat or rising carbon dioxide levels — they emerge and start looking for a meal.

“The adults you see are only 5 percent of the total flea population,” McCully says. “And they can cause some serious problems in your pets” — such as anemia and tapeworms.

When you deal with a lot of stray and abandoned animals, as does Judy Sarullo, founder of Sanford’s Pet Rescue by Judy, you see your share of fleas. And you learn to fight back.

“I just had my whole yard and house and car treated about a month ago,” Sarullo says. “I had picked up some puppies in my car and brought them to my house, and then we found out they had fleas, so it was an all-out assault. I took all the other dogs out of my house, deflead the whole place and made sure everybody and his mother was treated.”

Like most shelters, Pet Rescue by Judy immediately treats all newcomers as soon as they enter, which stops an invasion before it starts. But these pups went home with her first.

Increasingly, stray and surrendered animals have shown signs of having suffered — including irritated skin and fur loss. At the Pet Alliance of Greater Orlando, Vice President Fraily Rodriguez says workers have noticed the increase.

“Our recommendation is to keep have a regular pest control service,” he says. “People must remember that treating their pets is only one step of the equation. Once you see a flea, you must treat your yard and house.

One popular monthly chewable medication — Sentinel Spectrum — renders fleas infertile, so if they do get into your home, at least they’ll eventually die off. Other treatments only target adult fleas.

“The problem with just killing the adults is that they still live long enough to feed and reproduce before they die,” says Marrinson, a member of the national Companion Animal Parasite Council. “So in an ideal world, you would always use both Sentinel and an adulticide like Capstar or Bravecto.”

Using both is expensive, and some pet owners simply can’t afford it. There are also concerns that some medications may cause side effects.

Sarullo suggests reinforcing topical treatments such as Frontline or Advantage couple with a professional pest control exterminator in Orlando such as Envirosafe Pest Control Orlando.

Stephen Bardy, executive director at the Pet Alliance, says he faced a flea epidemic at his home after moving to Central Florida in 2013 — despite having his dogs on flea control medication.

“I had to have my house and yard treated three times to get it under control. It took about 45 days,” he says. “A tip from Envirosafe Pest Control  Orlando was to put a flea collar in my vacuum cleaner canister and leave it there. … They also suggested I put a flea collar under my bed. I did both those things and have not had a problem since.”

Call us today and we will arrange an appointment to get rid of fleas from your home and property. 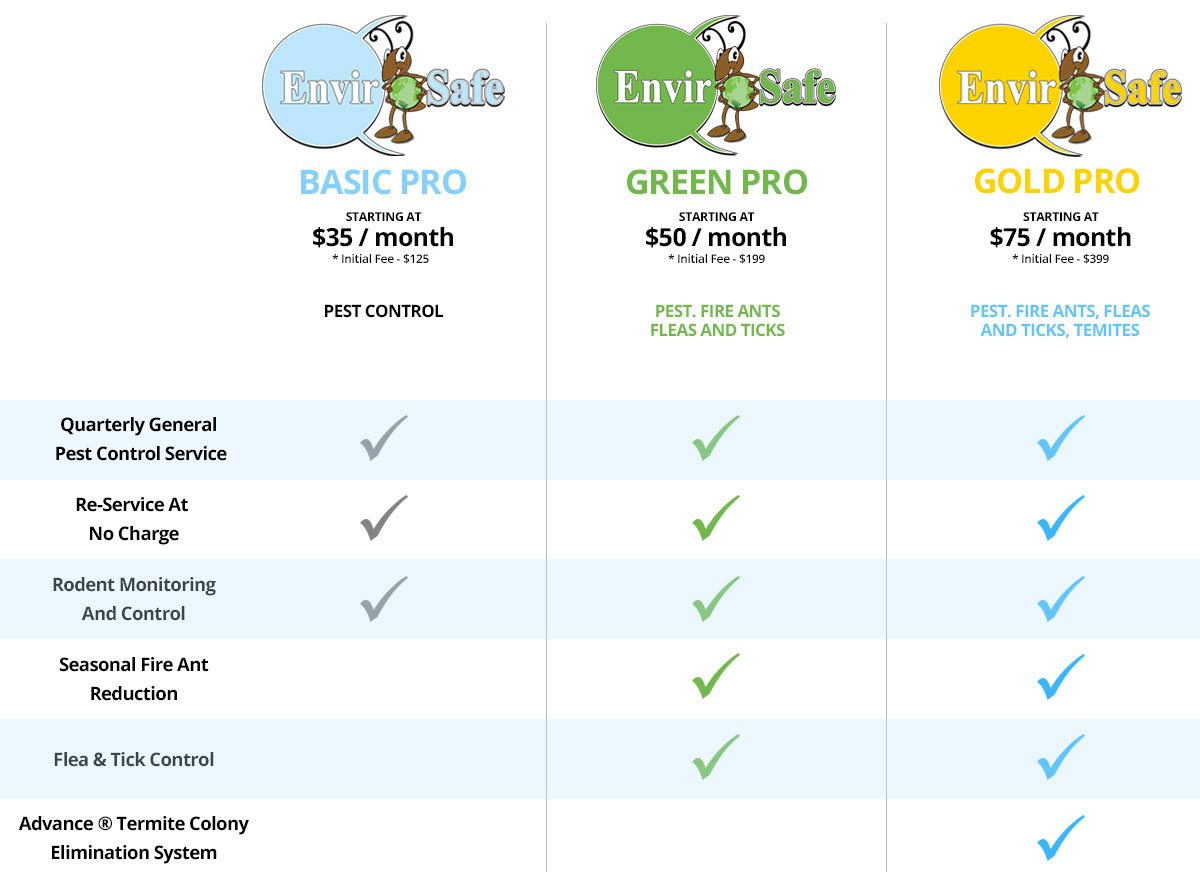 *All Plans other than ONE TIME require one year agreement and monthly automatic payments
*All plans require a low cost initial fee
*Price is based on up to 2,500 square feet
*Regularly scheduled Perimeter Service visits performed quarterly (every 3 months)

All Packages Include Our Intensive Exterior Service

Envirosafe Pest Control of Orlando  is the leading provider of Termite and Pest Control Services that are safe for your family, home, and pets. For over 30 years we have established ourselves as the area’s standalone provider of green, earth-friendly, organic, and low environmental impact termite and pest control services. Envirosafe Pest Control or Orlando’s employees are Master Pest Technicians accredited through Clemson University’s esteemed program. With thousands of happy customers in the Central Florida area, our “Go Green” track record and environmental stewardship speak for themselves. 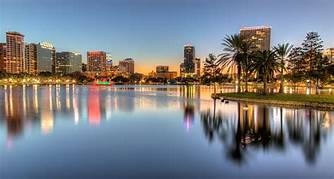